Suppose you would have a brilliant business idea but you lack the know-how to develop it… Are you continuously procrastinating waiting for the right moment to escape your dead-end, passionless job? Maybe you are that limited and scared about failing that you just might pass the biggest breakthrough ever. Need any help? Welcome at Clipster! Traveltricitypoland.com has met Acting Program Coordinator and International Partnerships Specialist, American born Mike Mahoney (Richmond, Virginia).

Iga Pachulska from Scalac, a local software success story, visited Richmond, Virginia, as part of a business development effort for their company. When she met the Executive Director of the Virginia Commonwealth University’s da Vinci Center (VCU), she talked about Clipster. The Director knew Mike, a student at the da Vinci Center (a collaboration of the VCU’s Arts, Business, and Engineering schools) who wanted to work overseas. Mahoney contacted Clipster under the guise of wanting to participate in the program and instead convinced them to create a position for him. That’s how he began his story at Clipster on July 1st, 2018. His attitude is precisely what participants at Clipster learn to acquire: to take initiative, to not fear rejection, to accept failure, to learn from it and act accordingly.

Clipster is a living/learning program that offers business acceleration in the form of workshops and mentoring. More than that, Clipster is a community where like-minded, highly motivated people can get together to talk about new ideas and try to launch new businesses. Participants retreat for 3 months and are totally immersed into bringing their ideas to life. This co-living accelerator program was the first of its kind in Poland and recently celebrated its fifth edition.
It was launched back in 2015 as a public/private partnership between the local NGO Inkubator STARTER and the venture capital firm Alfabeat.

Alfabeat chose the Garnizon as Clipster’s headquarters because their offices were there. A garrison used to be a military camp where soldiers resided, hence the French word garnizon. Nowadays, it is a totally refurbished area with nice apartments and there great places to hang out. One of the other articles mentions Spółdzielczy, a great pub to hang out at. I have not yet published articles about restaurants at Garnizon, yet, it is worth checking it out. It is a thriving and growing area that is friendly to international participants, but as Clipster grows as a brand, Mahoney foresees its location as being less important than its ideals. 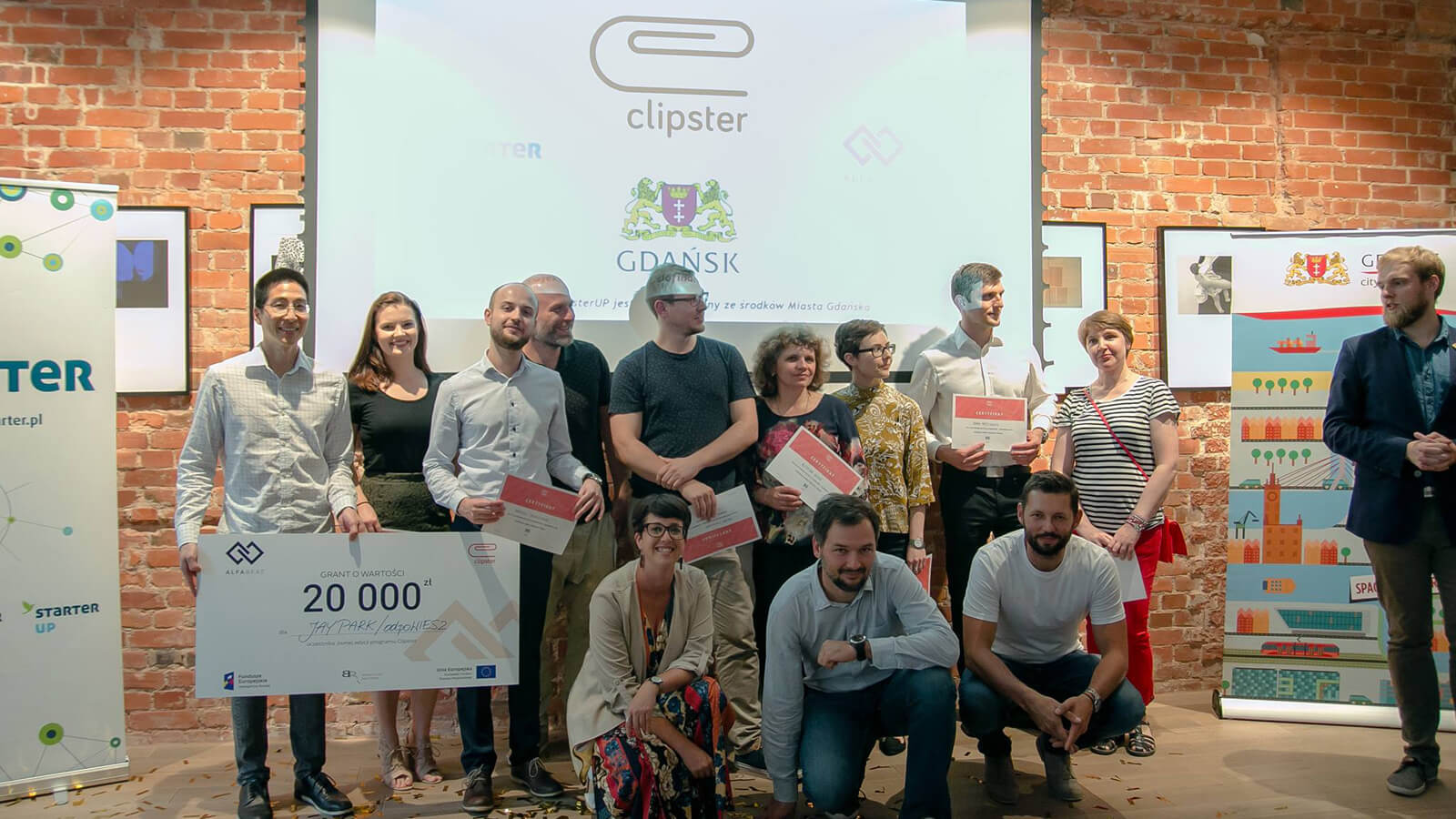 All participants from Clipster Vol. 4

Clipster wants to develop the entrepreneurial ecosystem here in Gdansk. Mahoney explains: his goal for Clipster is to develop a complete pipeline from pre-acceleration -> to acceleration -> to investment. He has big goals for Clipster that go beyond the program itself such as developing network partnerships with other accelerators and developing an investor/angel network here in TriCity.
He thinks a key component to achieving this, is a collaboration with local businesses and universities as well as a more targeted recruiting for the program. Furthermore, according to him, there’s a huge potential for Clipster through corporate sponsorships and helping to develop corporate intrapreneurship programs…so that’s next on his list.

When I asked whether Clipster also focused on foreigners, Mahoney didn’t hesitate to mention that the past two winners of Clipster’s 20,000 Polish złoty (PLN) grant were foreigners. One of them, Jay Park, is American and created the live game show app, odpoWIESZ (on Google Play / iTunes store), which is the Polish equivalent to HQ Trivia(Google Play / iTunes store), a wildly successful app in the US. The other one, Danish Soomro, is Canadian who went on to participate in Startup Chile where he got a 20,000,000 peso grant to keep working on his international Visa database.
Most international recruits find out about Clipster through passive means like blogs and word of mouth, so it’s important to continue to build unique and quality digital content. 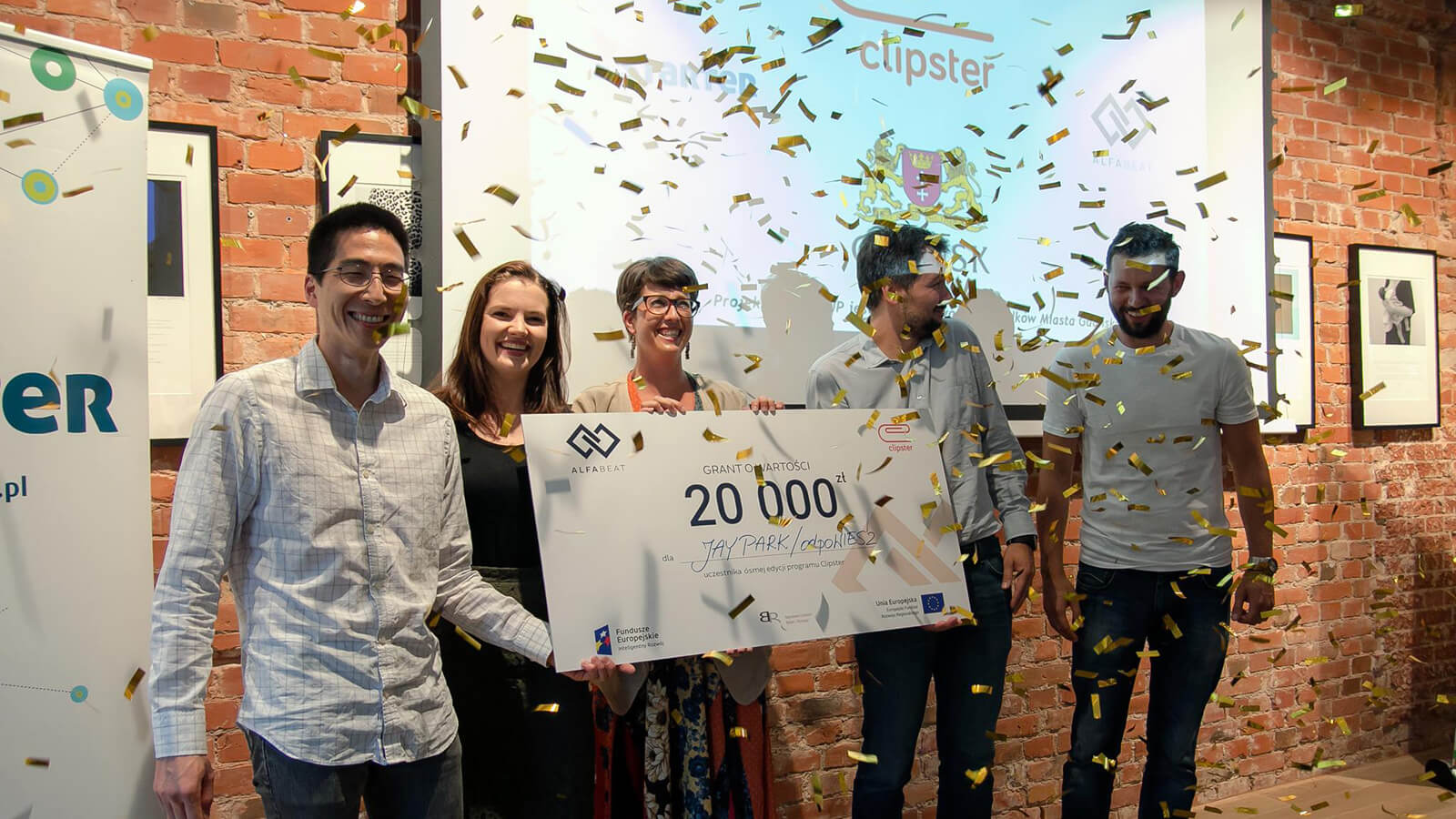 Jay Park, founder of the live game show app, odpoWIESZ, the Polish equivalent to HQ Trivia, winner of the 20,000PLN grant for best start-up at Clipster.

That being said, the majority of the Clipster participants are still local. Mahoney has a plan to increase international recruitment, but it’s a multi-year plan…

What if you could learn from the best? Be mentored, avoiding typical start-up mistakes? Being advised on the right path to take to accelerate your business? Clipster is a chance to get it right from the start! Mike makes sure everything runs smoothly day-to-day, he participates in all the workshops and social events, plans the future Clipster sessions, and seeks new partners, investors, mentors, and trainers.

I’ve taken part in many acceleration/pre-acceleration programs myself, and I know what works and what doesn’t. I want to implement the best practices that worked for me and avoid the mistakes of some of these other programs. 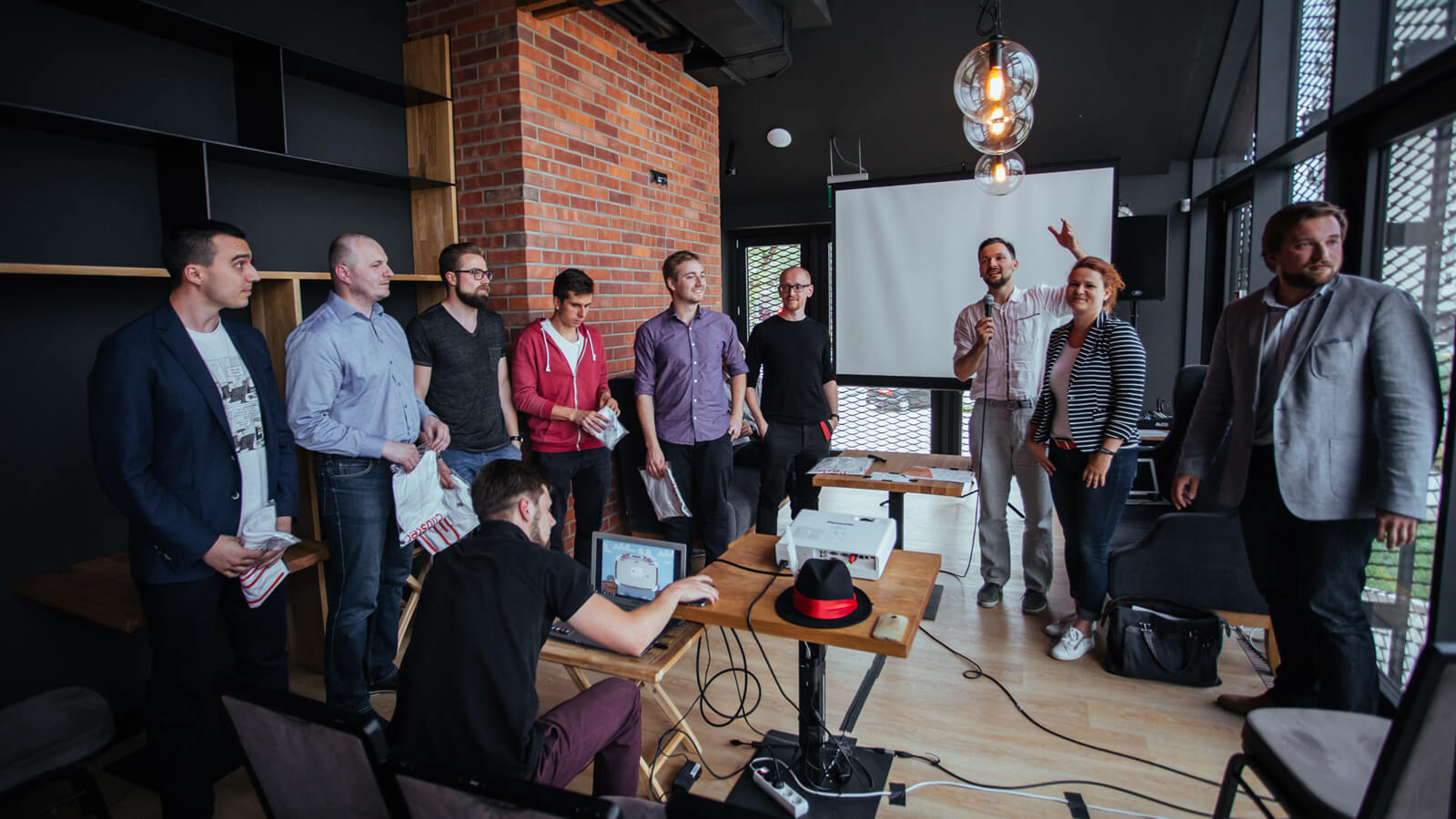 All mentors together, preparing for a next edition of Clipster.

When I asked Mahoney what it takes to win the grant, he advised:

The first thing Mahoney did when he arrived in Gdansk, was reaching out to past participants of Clipster to find out about their past experiences at Clipster. He wanted to know how they felt about the program and how he could improve it basing on their feedback.

People are really passionate about Clipster. It’s like an identity. It’s like belonging to a secret club.

He’s been very mindful in trying to protect both the quality and integrity of the program moving forward. Some of the Clipster alumni are now serving as mentors or are hosting workshops at Clipster. They really are Clipster’s most valuable resource and are vital to its continued growth.

Clipster, what’s in a name?

Maybe I will get a load of angry mails saying I have got this totally wrong and no, Mahoney has nothing to do with it, please leave him out! He agrees though: there are lots of theories. The origins of the name are sort of urban legend at this point. People can derive their own meaning based on their personal experience. Here’s my try as writer of this article…

Clips… Makes me think about the French word ‘Clipser’ meaning, ‘to clip’: to fasten or be fastened with a clip or clips. Hmmm… and what is the Clipster’s logo?! Yup…
Would you prefer the Urban dictionary‘s meaning?
CLIP

Hipster… Dictionary’s meaning: a person who follows the latest trends and fashions, especially those regarded as being outside the cultural mainstream.
I like the Urban dictionary‘s meaning.
HIPSTER

I want to bet that I am very close but, if the founder of Clipster can stand up and let me know how close… Feel free to contact me.

Mike Mahoney is the acting Program Coordinator and International Partnerships Specialist for Clipster, Gdank’s Co-living and business community for digital nomads. He holds a Masters Degree in product innovation from Virginia Commonwealth University and is a self-described “startup enthusiast”.

I am passionate about… blogging, travelling, networking. You may like these other blogs as well: *yetanotherarticle.com* - About wordpress, fixes, digital marketing and personal development. // *traveltricitypoland.com* - The parent blog, sightseeing, things to do in Tricity.